Does it “Pay” to be homeless? 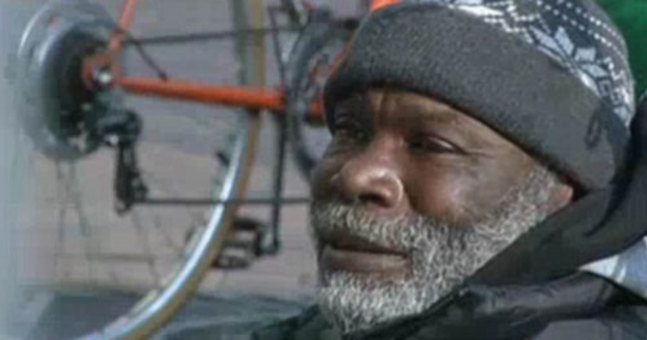 I ran across an interesting article today (Click here) “Donations Pour In For Homeless Man Who Returned Ring He Got By Mistake”. It’s a warm story of a woman who threw a homeless guy some change and accidentally dropped her engagement ring in along with her change. The homeless guy apparently didn’t notice it until hours later but instead of pawning it decided to keep it. The woman noticed the next day and traced her steps back to him. When he was approached by her he gave the ring back. Sweet story right?

Well, the next day the husband apparently reported this event to a local news station that created some good publicity which then prompted the husband to create a “Pay it Forward” donations page for “Billy Ray Harris” that to date has generated over $168,000. Yes, you heard me. ONE HUNDRED and SIXTY-EIGHT THOUSAND dollars.

Now don’t get me wrong here,  I am all for the nice story and the pay it forward thing. But have we become the type of society that by giving back something of value to its rightful owner has become such a HUGE deal? To me, I think that this should be second nature to everyone. Yes, he should be praised for not pawning the ring and giving it back. But this is a bit much in this readers opinion.

I hope that Billy Ray enjoys his new-found fortune and cleans himself up. But I also hope that he values what happened here for what it is and not for what it has become. Go out and continue paying it forward Billy!

I’ll leave all of you with this….Acts of Kindness should not be rewarded, they should be admired and copied. I would rather have seen the reports of this event spark 168,000 single acts of kindness than $168,000 dollars of payment for one nice deed. But that’s just me.

What do you think?