Are you ready for your Fantasy Baseball draft? 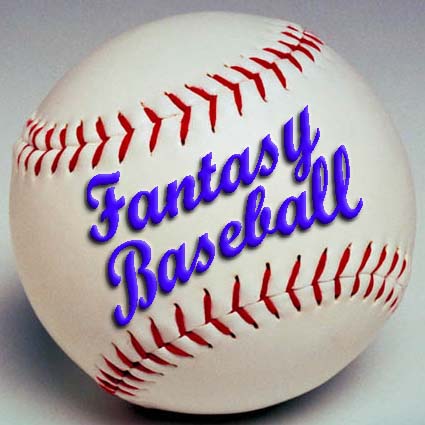 If you play fantasy baseball, you know the feeling.

It’s draft day, and you’re giddy. Yes, its spring, so you’re automatically happier. There is something special about this day.

Today you could be just like the KC Royals (the owner that makes all the wrong decisions) or have as much chance as the NY Yankees (the owner that doesn’t even need the money, but simply flaunts it). On this day, there is promise. You’ve done your homework, you have a pretty good idea how the first round is going to play out, and you’re going to kick some ass.

I’ve been in a league now since 2002. The league is with the same guys (give or take a few new teams that come and go) and we have had the same format. It’s a 5×5 Rotisserie mixed league. I’ve won the league twice and have cashed a few times but it’s not about the prize money. Of course it helps keep you interested, but with us it’s mostly about bragging rights. Who has the best system for drafting?, who is the best manager throughout the season?, who makes the best trades?, who picks up the best players from the waiver wire? etc.

The best part of our league is the draft. We rent out a section of a bar in lower Manhattan and we all come with our laptops, iPads, Cheat Sheets, and highlighters prepared to draft our teams. We have some nice food prepared for us, we have the NCAA Tourney games on the big screens (as we usually do our draft purposely around March Madness because we can’t get enough sports….) and of course the open bar for 5 hours. We even get a draft board that we have set up on the wall to keep visual track of our draft.

The first couple of rounds of the draft go fairly smooth, then it becomes a little chaotic. The screaming and yelling if you take to long to make a pick, the mocking of course is also a big part of the fun. Everyone else’s picks are terrible in your eyes. The worst part of drafting is when you have your eye on a certain player and the guy that drafts before you in the order takes him on the round you wanted him. Wow does that hurt! And it seem to happen so often. The later rounds are critical and are usually the toughest to draft. This is where your homework pays off the most. If you know about that sleeper, or if you got the inside scoop on some last-minute news it could payoff big here.

In the end you look over your team and proudly brag about how good you drafted which starts some early chatter that turns into side bets with other team owners on who will have a better team this year.

Then we all look forward to opening day which not only starts the season off but usually coincides with nice weather, golf rounds, pools opening, and all other outdoor activities we’ve been patiently waiting for.

My draft is on March 22nd this year. Can’t wait!