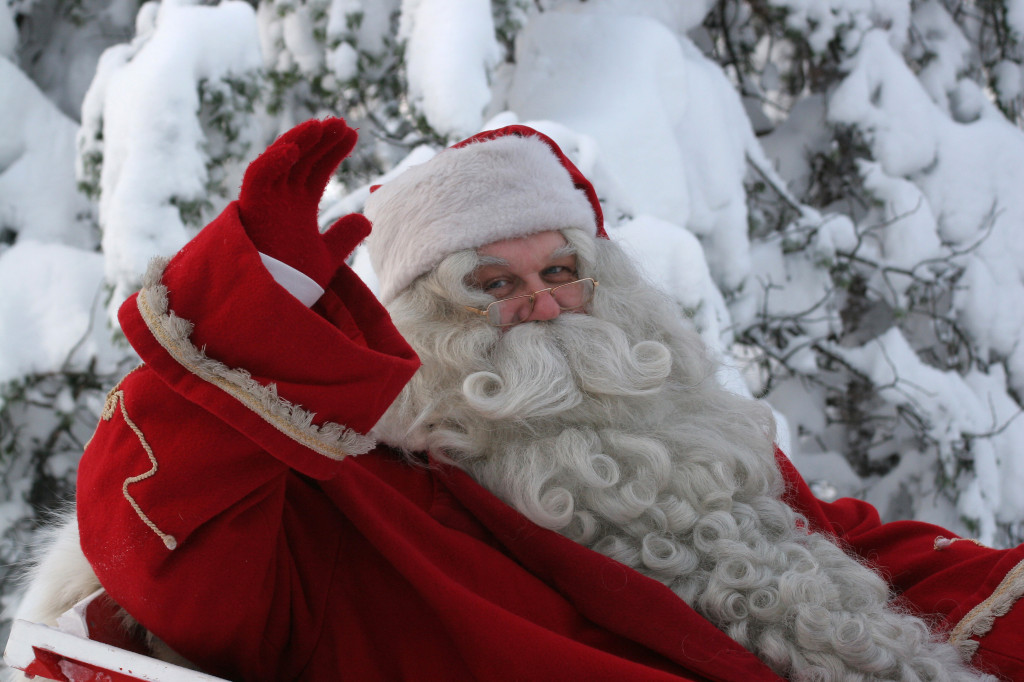 We should never lie to our kids, lying to our kids is a bad thing. But for many children (including mine), believing in Santa is a normal and a healthy part of growing up.

The notion of a man who flies around the world in a sled drawn by flying reindeer,  entering our homes through our chimneys and delivering presents, all within the span of a single night, is highly improbable, to say the least. Yet the Santa Myth is a long-standing and powerful tradition for many families, and does indeed reinforce good values.

I don’t think it’s a bad thing for kids to believe in the myth of someone trying to make people happy if they’re behaving. Imagination is  normal and helps develop creative minds in my opinion.

The Santa myth is grounded in truth — after all, St. Nicholas is a real person. He became famous for giving gifts and money to the poor, and it’s those values that are important to continue teaching our children.  It’s a real story, it’s a real value and it’s something that inspires our children and us. That’s the spirit of Christmas…

Santa Claus is just one mythical figure many kids believe in, along with the Tooth Fairy, the Easter Bunny and others. Our kids use their imaginations all the time, even if they know the characters they are creating are not real. When kids play cops and robbers, they know they aren’t really cops or robbers.

Christmas brings families together, and the Santa myth reinforces these bonds. Christmas also reinforces some positive habits, like writing letters to Santa. Lots of kids don’t like to write, but they’ll make the effort to write these letters won’t they?

But like many good things, the Santa story eventually comes to an end. Kids stop believing in Santa at different ages. Usually, a friend at school will break the news. I still hold on as long as I could with my daughter, even though I know that she is beginning to question it now. The Elf on the shelf has helped a bit, but even that will not last much longer.

She will soon try to figure it out for herself too, when she starts to notice that the story doesn’t quite add up. For example, she might stay up late trying to catch Santa delivering presents.

When children ask us whether Santa is real or not, we need to decide whether our child is ready to know the truth. I plan on telling my daughter the truth one day, but will always maintain that the spirit of Christmas is very real. I will tell her the story of St. Nicholas and how he delivered presents on his white horse to children in need.

Santa may be a Christmas tradition. But, the spirit of giving to the poor, and the spirit of family and being together — that is universal.