Big money
Just how much money can a Super Bowl bring to an area? Try $150 million! That includes all the money spent by fans, sponsors, media and other visitors in the Indianapolis area last year. Cha-ching!

Are you ready for some … food?
Make sure you pick up some extra bleu cheese dressing to dip the 1.23 billion chicken wings fans will be eating on Sunday. That actually adds up to more than 100 million pounds of chicken wings.

Hey buddy, can you spare a job?
In the past 20 years, 17 Super Bowls have been won by the team that hails from the city with the lower unemployment rate.

Vegetables at a Super Bowl party? That’s right! In fact, the healthy treat is the top food eaten in homes during Super Bowl. Of course, we all know they taste better when someone brings some dip.

Stay home
When it comes to watching the Super Bowl, nine out of 10 watchers are going to be at a home — either their house or someone else’s. That’s a lot of Super Bowl parties.

Make it delivery Some people have to work on Super Bowl Sunday, including the Domino’s Pizza delivery guys. The company estimates that it will deliver 11 million pieces of pizza to hungry viewers.

Worth the gamble?
Betting on the Super Bowl? You bet! Nearly one-third of U.S. adults are likely to bet on the big game with men outnumbering women who decide to put some cash on the line. But be warned: 92% of those surveyed said they’ve actually lost money gambling on the Super Bowl in the past.

I dip, you dip, we dip
Dips are a favorite among Super Bowl snackers with 32% saying they plan on eating some form of the snack. Whether it’s spinich dip for veggies or cheese dip for chips, it’s not a true Super Bowl without the dip.

Where to go?
What would you give up to actually go to the Super Bowl? A vacation would be skipped by 23 percent of those surveyed, followed by an important work responsibility (21%), the wedding of a close friend or family member (20%), the funeral of a loved one (19%) and the birth of a child (15%).

Chomping on chips It takes lots of spuds to make the 11.2 million pounds of potato chips that fans will be munching on in front of the television during the big game. But all those chips come with a price. Those many bags of chips will account for 27 billion calories and 1.8 billion grams of fat. Those grams of fat all up, too — it’s equal to four million pounds of fat nationally. Maybe the veggies aren’t a bad idea. 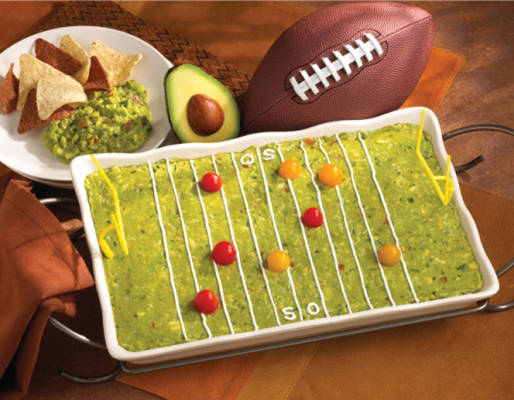 Holy guacamole
What goes well with chips? Guacamole! That would explain the 8 million pounds of avocados football fans will be mashing up to dip their chips in.

It’s a dog’s life
Hot diggity dog! That’s what fans said in 2009 when 55,200 hot dogs were served at the stadium in Tampa Bay when it hosted Super Bowl XLIII. But there’s no word on which condiments fans preferred.

Take out
It’s not just the pizza delivery guys who will be ringing doorbells. It turns out that roughly 48 million Americans will order takeout or delivery food from a restaurant instead of cooking up grub at home.

Turn on the TV
You won’t be alone if you’re watching the Super Bowl on TV. Of the 10 most-watched programs in U.S. television history, nine of them are Super Bowls. In fact, last year’s Super Bowl tops the list with a whopping 111.3 million viewers. The rematch of the Giants and Patriots claimed the top spot from the previous year’s Super Bowl between the Packers and Steelers that brought in 111 million.

Keep it poppin’
It’s going to take a big microwave to pop up the 3.8 million pounds of popcorn fans will be munching on. Let’s hope your house doesn’t smell like burnt popcorn the next day.

Snack attack
Unfortunately, all those snacks add up. The average fan will consume 1200 calories and 50 grams of fat from snacks. And yes, that’s just snacks and not meals on the big day. 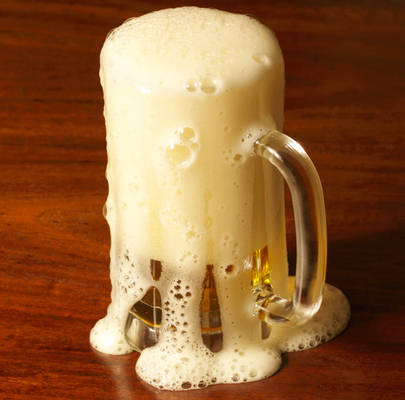 Beer sales
All that food needs to be washed down with something. Will you be picking up one of the 51.7 million cases of beer sold to quench Super Bowl fans?

Not your normal fare
Some fans will be including some not-so-normal football fare for their Super Bowl spread, including apple slices, macaroni and cheese, and Chinese food on the list of what they’re serving.

Pretzels
The salty Super Bowl treat will be served up in enough homes and bars to equal 4.3 million pounds consumed by fans.

Grilling time
Get your jacket and scarf ready because Super Bowl Sunday is the most popular grilling day of winter with 62% of owners firing up the grill — even if it means they have to shovel a path to get to it.

It’s getting nutty
Football fans are nuts for nuts. Whether it’s peanuts, cashews, pistachios or any other nuts, 2.5 million pounds of the salty snack will make its way to our snack tables.

Tortilla Chips
It’s not just potatoes that get the chip love. Tortilla chips also get some respect at the Super Bowl snack table with 8.2 million pounds of them consumed by fans.

Gluttony
No matter how much we eat, it’s going to be quite a feast. In fact, the Super Bowl is the second highest day of food consumption in the United States after Thanksgiving.

A day later
Don’t worry if you feel a little sick after your gluttonous partying. Antacids sales are expected to increase 20% on the day after Super Bowl. So at least you can commiserate with others.