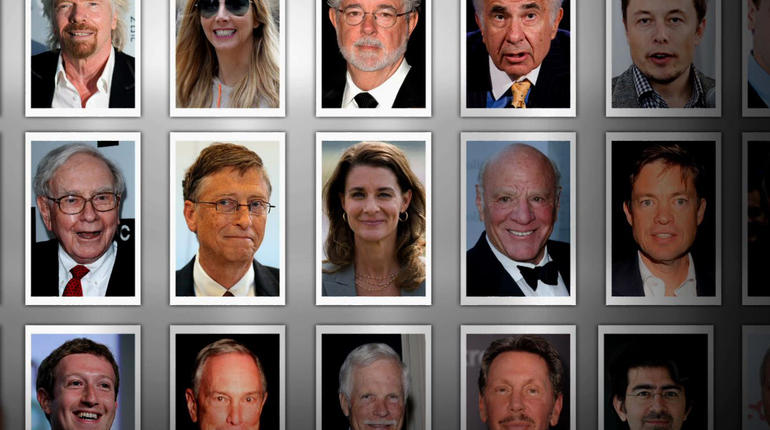 Back in March of 2013 I wrote a blog post about Billionaires, I mention in this article that if I ever joined the ranks of billionaire status that I promised to form a club.

Well, unbeknown to  me at the time there was already a movement started called “The Giving Pledge” that Warren Buffet and Bill & Melinda Gates started.

This week on 60 Minutes I watched a segment on it. Here it is for anyone that wants to see it.

The Giving Pledge on 60 Minutes

My take on this….

a) I think its a phenomenal cause and I give credit to these folks that are pledging to do this for the better of humanity. If that’s truly the reason they are doing it.
b) There are many people that criticize this in a number of ways. The fact that the pledge is not a legal binding commitment for instance, or that there are other superseding legal binding clauses in their wills that don’t obligate the members to donate half their wealth after death.
c) There are critics that say that they are doing it as a tax shelter. Or that many of the billionaires are simply still donating to their own philanthropies and just using the Giving Pledge as a public relations vehicle.
d) There are 1426 Billionaires in the world, only 150 or so are participating in this effort. Although the Giving Pledge is growing year over year with more billionaires, one has to wonder if it’s for the right reasons.

What do you think?

I think that in the end, I want to keep a positive outlook on all this and I hope that they are all in it for the right reasons. I will still repeat the same thing I said a few years ago in my previous blog post. If I ever join the ranks of the Billionaire Club, I will lobby to get them to join a club that has these good intentions. Combining wealth for the greater good.

I’ll probably blog on this again in a few years. Let’s see how they progress. And maybe by then I’ll have won the billion dollar jackpot!